Palawan’s tranquil atmosphere and spectacular landscapes are attracting more and more travelers from the Filipino elite. And like many other dream destinations around the world, Palawan has world-class beach resorts with luxurious facilities and exceptional service and hospitality.

Dear citizens of the Philippines, why take hours of flights and leave the country to experience a luxurious yet exotic vacation when you can just go to Palawan where the “exotic” feeling is already there and where there are comfortable, luxurious resorts that can be just as stylish as the luxury hotels and beach resorts you see in movies or in lifestyle shows and magazines?

Why go far away when there is already a place that tourists – even celebrities – visit in the summer just to sunbathe in its crystal clear waters and lie on its white sand?

Here are some of the luxury accommodations in Palawan that you can choose from! 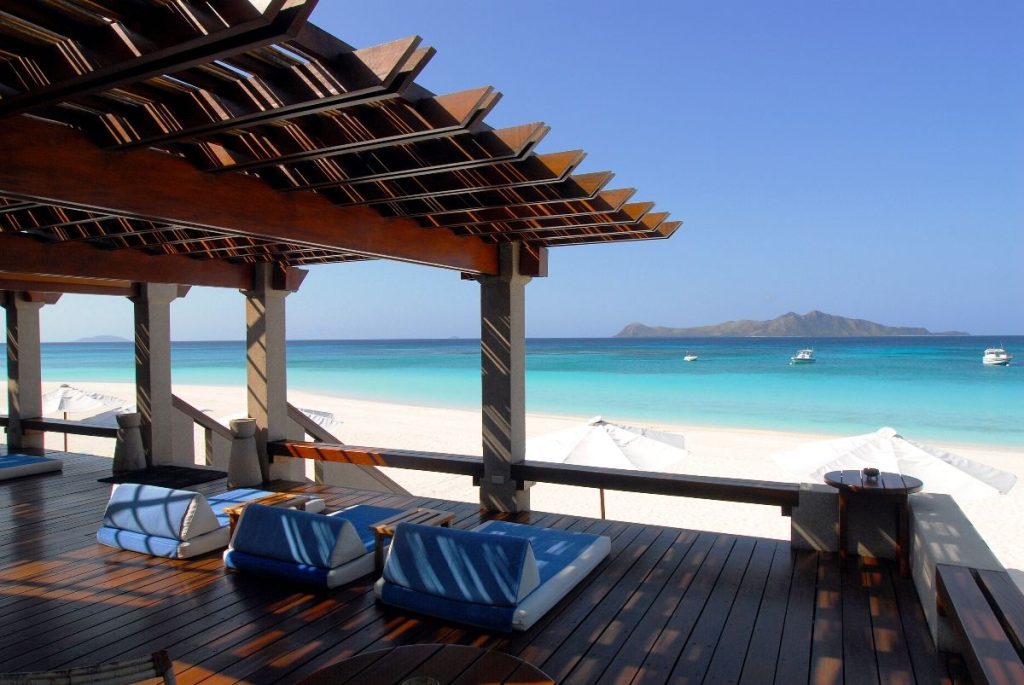 Ampanpulo is an exclusive island resort that belongs to the Aman Resorts group. It is located on the remote island of Pamalican in the Cuyo Archipelago. Amanpulo is a popular destination for high-profile celebrities looking for a very private holiday, especially celebrities who are tired of paparazzi following their every move just to take that one jackpot photo.

The island resort features luxurious villas and casitas – all with direct beach access via sandy paths, magnificent views of the turquoise sea from the hillside or seclusion in the forest canopy.
The island is reached exclusively by charter flights that land on its own airstrip. 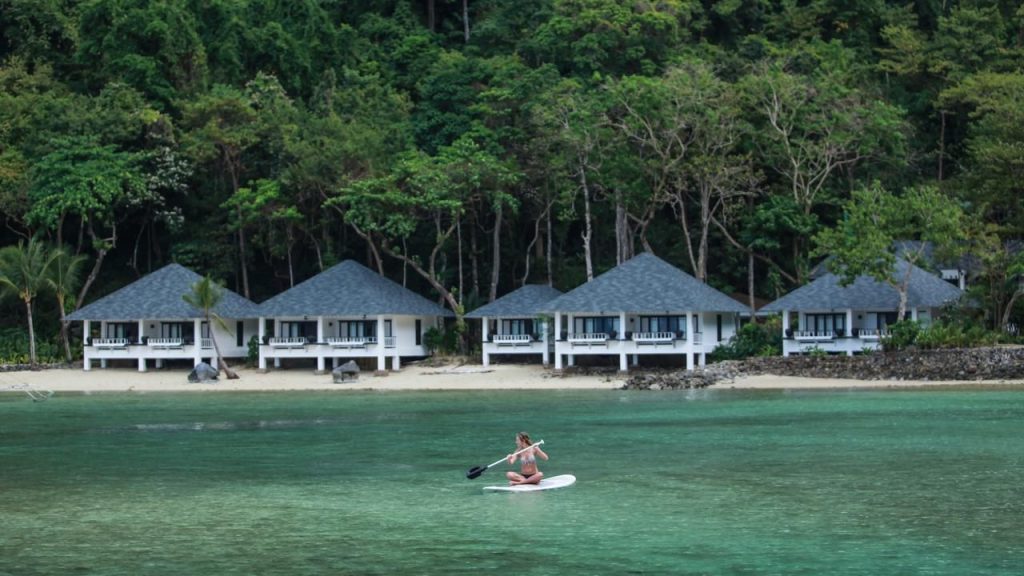 Lagen Island Resort is a luxurious property located in El Nido Bacuit Bay. It is nestled between a lush, four-acre forest and a tranquil, shallow lagoon and is an ideal destination for those looking for a relaxing holiday on a private island.
Lagen features Water Cottages, built on stilts over the water, and Beachfront Cottages with panoramic views of the bay. 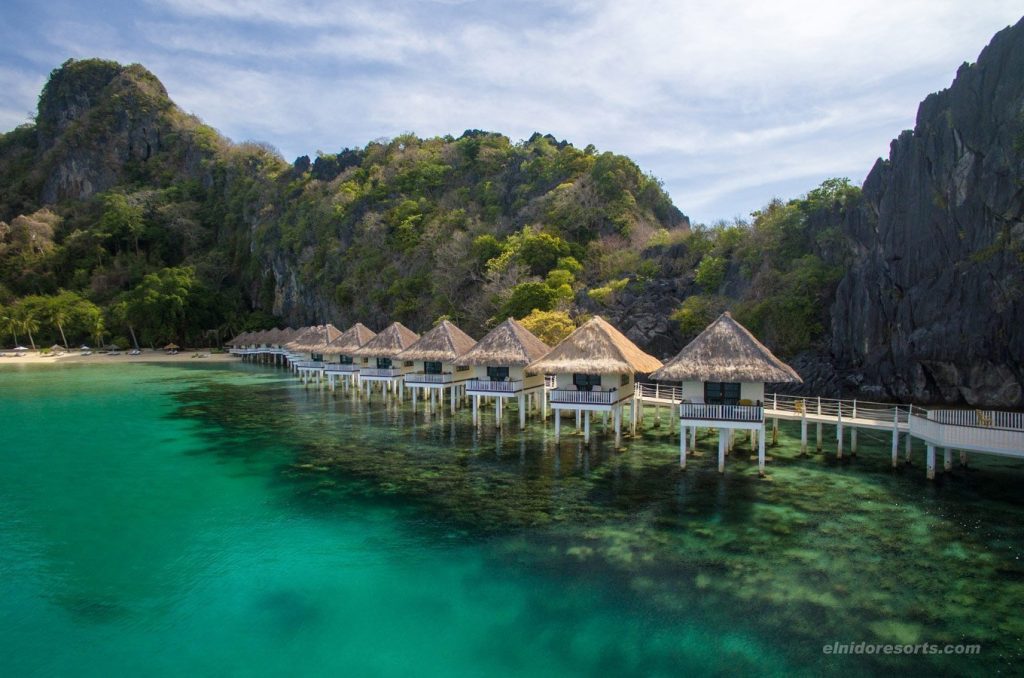 Apulit Island Resort in Taytay offers exciting and enriching experiences in the idyllic setting of a tropical island paradise.

Taytay is the perfect place for those seeking a tropical paradise. The resort is located in a pristine bay with an expansive white sand beach lined with coconut trees. The cottages are all built on stilts perched above the sea, offering unobstructed views of azure Taytay Bay, the surrounding islands and the dramatic limestone cliffs of Palawan. Coron has attracted attention for its wonderful landscapes and rich marine environment, among other things. The Two Seasons Coron Island Resort and Spa is a true asset to Coron and a great choice for travelers. This eco-friendly 5-star accommodation is just a scenic boat ride away from Coron Town and is located on the beautiful Malaroyroy Peninsula on Bulalacao Island.

The resort offers a series of bungalow-style accommodations set amidst the island’s lush tropical gardens with easy access to the beach. Combining natural materials and high ceilings with the warmth of modern Filipino tropical style and design, each room offers a comfortable sanctuary for the entire stay. 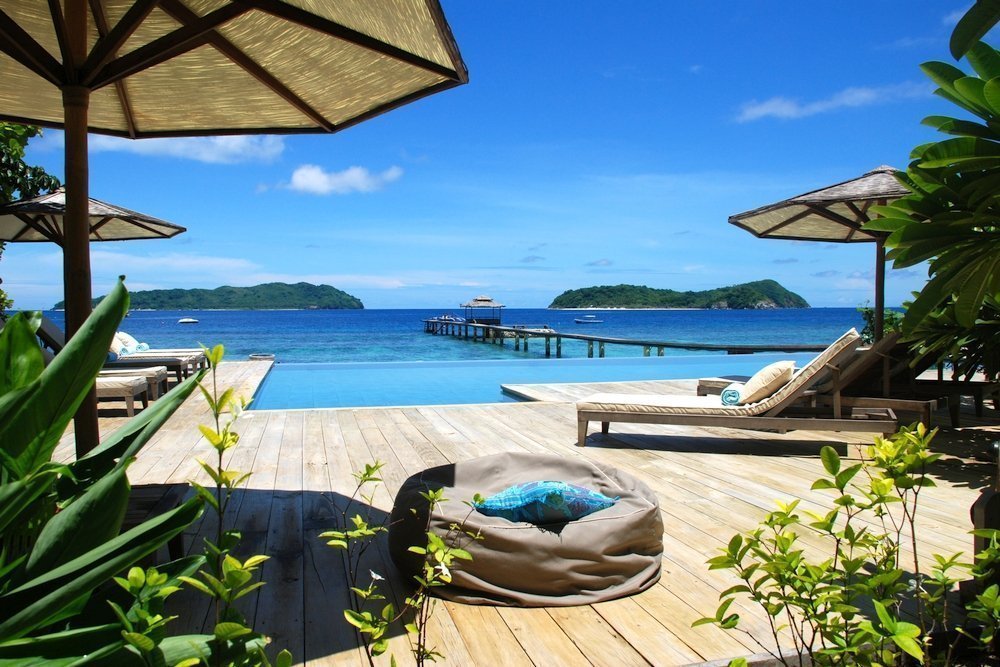 Do you want an island that you can rent all to yourself, but still be pampered by the staff and have a great time in nature? Ariara Island is the best place for that!

Ariara Island is the ultimate “off the beaten path” destination, tucked away in a pristine corner of Palawan.
You can share this private paradise with anyone you want, and no one else! The island staff will take care of you during your stay to ensure you have the best experience ever.
Due to its remote location, this part of Palawan is completely untouched by pollution, development (except for accommodations) and tourism. Ariara and the surrounding waters are a haven for an enormous variety of wildlife, both on land and underwater. 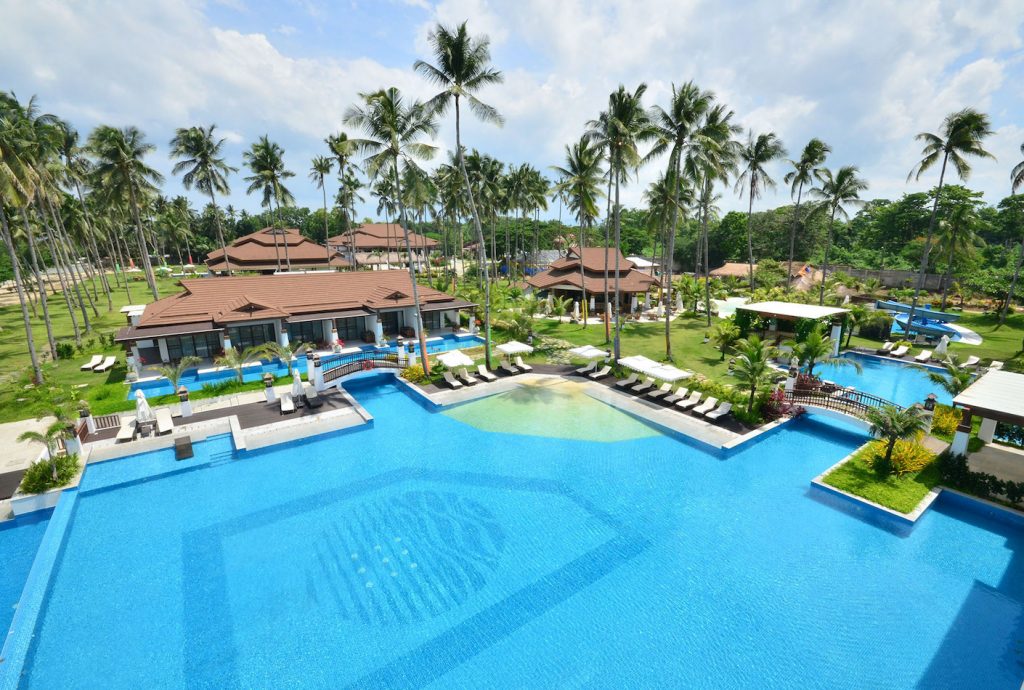 Princesa Garden Island Resort and Spa is located in the heart of Puerto Princesa. Guests can explore and enjoy the attractions and sights of the city.

The Princesa Garden Island Resort and Spa features rooms and suites, all tastefully decorated and equipped with modern amenities. The resort features a large outdoor pool and extensive recreational facilities. The Astoria Palawan is a five-hectare beachfront resort located about a 1-hour drive from Puerto Princesa. The property is the brand’s homage to the natural charm of Palawan. Therefore, you can expect nothing less than the perfect tranquil escape from the city.

Here you will not only find a connection with nature, but also fun and adventure. The resort features a 39-meter infinity pool, a leisure pavilion with karaoke and games, an in-house restaurant and bar, and a water park.

The rooms and villas are decorated in bold, vibrant tropical colors that reflect the natural beauty of the island.

Palawan: A Place that Makes Celebrities Fall in Love

Sometimes even the most famous celebrities need a break, everyone does! Right? And in recent years, Palawan has become one of the ultimate holiday destinations for celebrities.

Palawan is a top destination for local and international celebrities and VIP, even big names from Hollywood! Yes, you read that right, Hollywood.

The main actors of the Hollywood film Bourne Legacy made headlines when they decided to shoot many of the remaining scenes for the film in the Philippines. In the final shot, a brief glimpse was seen of the characters played by Jeremy and Rachel enjoying the calm and peaceful waters of Palawan on a boat.

Jeremy Renner, on the other hand, was also enthusiastic about Palawan: – “It is one of the most beautiful islands I’ve ever seen…It’s gorgeous!”

Shay Mitchell is one of the main casts of the famous series Pretty Little Liars. In 2013, Mitchell spent her much-deserved vacation in Palawan. In one of her posts on her social media account, she said: account, she said: -“Fantastic vistas, incredible food, luxurious accommodations, and staff who are warm, professional and would cater to your every wish. In a word: paradise”.

Troian Bellisario is also part of the cast of Pretty Little Liars and was spotted in Palawan years ago with her equally stunning beau Patrick Adams. They had to promote their series back then and decided to visit Palawan and catch a glimpse of the crystal clear waters and fine white sands.

Due to the secrecy of this trip, Troian did not mention Palawan in any of her posts, but her beau posted: – “Not leaving. Not ever.”

Another “Pretty Little Liars” star is Lucy Hale, who came to Palawan. According to some interviews, Hale was so fascinated by the island that she can not wait to come back. The island’s tranquil atmosphere was also a big plus for Hale.

Even those Pretty Little Liars can not lie about the beauty of Palawan Island!

Yes, one of the richest men in the world, American business magnate, inventor, philanthropist and founder of Microsoft, Bill Gates, visited Palawan together with his wife Melinda Gates and two of their three children. Gates took a short vacation in Palawan and stayed at the Amanpulo Resort. He was going to see an island in El Nido that he wanted to invest in. Gates spent only three days in Palawan and then flew back to Manila to take care of some business.

In addition to these celebrities, other famous people such as Naomi Campbell, Robert De Niro, Tom Cruise, Mariah Carey and Michael Jackson have reportedly visited the province, but their accommodations have not been disclosed due to the secrecy of the resorts and at the request of their guests.