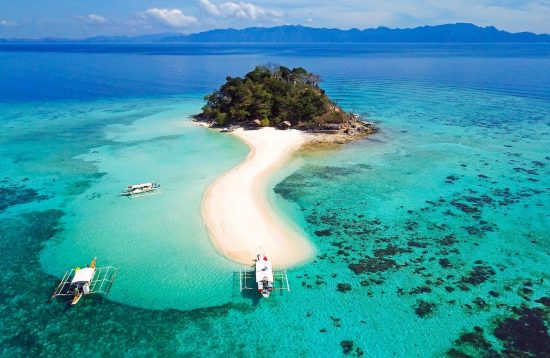 With Coron Island Hopping Tour you will escape to some of the most idyllic islands where you can swim in the clear waters amidst the underwater world. 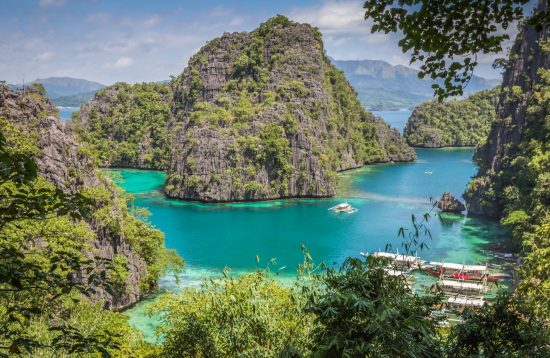 Famous for both historical and environmental treasures, the Calamian Islands (or Calamianes) have started making a name for itself in the world of tourism as one of the Philippines’ best island destinations.

With its crystal-clear waters, pristine beaches and abundant marine life, Calamian Islands are the perfect destination for scuba divers and snorkeling enthusiasts.

Coron Island is one of the islands that make up the Calamian archipelago. Its dramatic rock formations paired with the deep blue lagoon and barrier reef make Coron Island a postcard-perfect destination.

If you want to spend your holiday in Coron and Calamian Islands, here are some of our favourite places, not to be missed during your stay:

Coron and Calamian Islands can be visited all year round.

The best time to travel is during the dry season between November and early May. This is also the tourist’s peak seasons when the hotel rates are generally higher.

If you travel from June to September, it’s possible that you might encounter some storms particularly in July and August. These storms may last for a few days.

Coron and Calamian are rarely hit by typhoons.

-Fast Ferry: There are a couple of Fast ferry companies that operate daily sailing from El Nido to Coron and vice versa. The crossing takes approximately 3 hour and 30 minutes / 4 hours.
Click here to book the ferry ticket

-Flight: Air Swift operates a direct flight from El Nido to Coron Busuanga airport with light aircraft. This flight is not daily.

From Manila, Cebu, and Boracay

The tour package 7-Day El Nido & Coron Adventure is the best itinerary if you wish to visit the best attractions of these town popular tourist destinations.

Want to see more attractions in Coron and Calamian Island, which are not included in our ready-made tours? The answer is simple: Request a Tailor Made Tour

Click here to see all our Coron and Calamian Islands Tours

The town of Coron, which is about 40 minutes away from Busuanga airport, is the most convenient jump-off point for diving and island hopping tour. Most accommodation concentrated in Coron town ranges from budget to mid-range.

On the nearby islands there are diving resorts and a couple of exclusive five-star resorts.

Corto Del Mar Hotel is ideally situated 6-minute drive from Mount Tapyas in the heart of Coron Town, close to many good restaurants.

However, if you looking forward to lying on the beach all day, the best options would be to stay in one the resorts on the islands such as Two Seasons Coron Island Resort & Spa and Huma Island Resort.